Report of the Supervisory Board 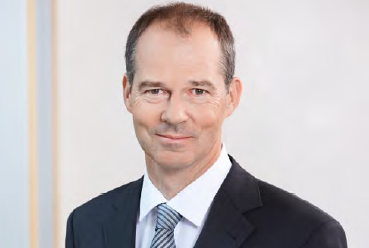 Christoph Mohn
Chairman of the Supervisory Board of Bertelsmann SE & Co. KGaA

The expansion of the world economy accelerated noticeably during the financial year 2017. Growth varied, however, in markets that are relevant to Bertelsmann’s businesses. For instance, the TV advertising markets in Germany, France and Spain showed largely stable development, while those in the Netherlands and Belgium saw a significant decline. The relevant markets for printed books in the English- and Spanish-language segments achieved stable to moderate growth, and the German-language segment saw a slight decline. Publishing sales of e-books in the United States and the United Kingdom fell, while the markets for audio downloads grew strongly. The magazine markets in Germany and France were characterized by significantly to strongly declining print advertising and circulation business; the corresponding digital businesses, however, posted strong growth. The global music markets for publishing and recording rights and the related service markets continued to show positive development, with moderate to significant growth. The European offset printing markets remained stable overall, while the gravure printing markets once again declined significantly. The education markets that are relevant to Bertelsmann in the e-learning, education services and university education segments again posted strong growth overall. In this diverse market environment, the Bertelsmann Group again increased its operating result and further boosted its organic revenue growth. The revenue share represented by growth businesses increased further in the financial year 2017.

Advising and Monitoring the Executive Board of Bertelsmann Management SE

As part of its advisory and monitoring activities, the Supervisory Board of Bertelsmann SE & Co. KGaA was directly involved in important company decisions and transactions at an early stage and discussed and reviewed these at length on the basis of reports from the Executive Board.

The first meeting of the Supervisory Board on January 26, 2017, focused on discussing and passing resolutions concerning the Group budget for 2017 and on the report on the current business and financial situation. The Supervisory Board also addressed the results of the evaluation that was conducted of its work in 2016, thereby fulfilling the requirements of the German Corporate Governance  Code and the bylaws concerning the regular performance of an evaluation. The results of the evaluation that were addressed by the Supervisory Board during their meeting are indicative of a very effective and critically constructive culture of dialogue and cooperation. There was no indication of a general need for action or change. Individual suggestions were implemented.

At the following meeting on March 22, 2017, the Executive Board reported, in particular, on the current business situation and on progress that had been made in implementing the Group strategy. A further agenda item was the Annual and Consolidated Financial Statements for 2016. At the recommendation of the Audit Committee and after discussion with the auditors PricewaterhouseCoopers GmbH Wirtschaftsprüfungsgesellschaft (PwC), the Supervisory Board approved the Annual and Consolidated Financial Statements for the financial year 2016 and the Combined Management Report of Bertelsmann SE & Co. KGaA. The proposal of the personally liable partner for the appropriation of net income was also approved. Furthermore, the Supervisory Board followed the recommendations of the Audit and Finance Committee for the appointment of the auditor for the financial year 2017 and for the interim report, and resolved upon its corresponding proposal to the Annual General Meeting. As part of a topic report, the Supervisory Board also discussed the results of the worldwide Group employee survey that was conducted in 2016.

As usual, the annual Strategic Planning Dialogue between the Executive Board and the Supervisory Board took place as part of the summer meeting of the Supervisory Board on July 12 and 13, 2017. The Supervisory Board was first able to get a current impression of the status of strategy implementation and the progress made in the transformation of the Group portfolio since the last Strategic Planning Dialogue with the objective of increasing the Group’s growth and making it more digital, more international and more diversified. The Supervisory Board also focused on data-based business potential, innovative Group business activities, and the topics of automation and artificial intelligence. Moreover, the Supervisory Board discussed the further developed strategy for the transformation of the Group, which includes the HR strategy. The key points of the four strategic priorities remain clearly defined: strengthening the core businesses, driving the digital transformation forward, developing growth platforms and expanding businesses in the growth regions. Bertelsmann is based on three pillars: media, services and education. The present Group structure, consisting of eight divisions, is an expression of the strategy to diversify the Group’s portfolio and is aimed at securing the continuity of the company in the long term. The Group is again generating better organic growth with an increasing share of revenue represented by growth businesses and a decline in the share represented by structurally declining businesses. The Supervisory Board considers that the Group is in a more robust position and is well placed to meet the challenges of the future, thanks to its broader structure and reduced dependence on economic trends.

Supervisory Board Audit and Finance Committee

The German Corporate Governance Code stipulates that the Chair of the Audit and Finance Committee is independent for the purposes of the code requirements and has special knowledge and experience in the application of accounting standards and internal control procedures. Overall, the members of the Audit and Finance Committee are familiar with the sector in which Bertelsmann SE & Co. KGaA operates.s.

In particular, and in accordance with its mandate, the Audit and Finance Committee discussed issues of corporate financing, financial planning, fiscal policy and individual negative deviations of the performance of Group businesses from budgeted performance. The committee also extensively addressed the accounting process and monitored the effectiveness and functional capability of the risk monitoring and risk management system, the internal control system and the internal audit system. It also requested regular reports from the Head of Corporate Audit and Consulting. Furthermore, the Committee addressed issues relating to compliance, in particular the effectiveness and proper functioning of the compliance management system. In addition, the Audit and Finance Committee reviewed at length the implementation of the Audit Reform Act, the issue of cybersecurity and the EU General Data Protection Regulation (GDPR) at Bertelsmann.

In the course of addressing structural issues during the financial year, one area of focus was the auditing process. The Audit and Finance Committee concerned itself with the auditor’s auditing procedures and auditing tools, discussed the anticipated Key Audit Matters and specified the focal points of the audit. The Committee also addressed future non-financial reporting and was informed about the implementation of new IFRS standards at Bertelsmann. The Audit and Finance Committee was also presented with a report on the potential implications of Brexit for the Group.

The Audit and Finance Committee of Bertelsmann SE & Co. KGaA met four times during the reporting period 2017. The Chairman of the Audit and Finance Committee or his representative kept the plenary session of the Supervisory Board continuously updated about the work of the Committee through regular reports. Department heads, such as those from the Corporate Financial Reporting, Corporate Taxation and Corporate Legal departments, were represented during the discussion of individual agenda items. In addition, the Chair of the Audit Committee regularly held individual meetings with the responsible auditors.

The Supervisory Board would like to express its gratitude for the great dedication and commendable performance of the Executive Board during the financial year 2017. The Supervisory Board also wishes to thank all employees of the Bertelsmann Group and its corporate management for their commitment and contribution to a successful financial year 2017.

Christoph Mohn
Chairman of the Supervisory Board